About time for a haircut 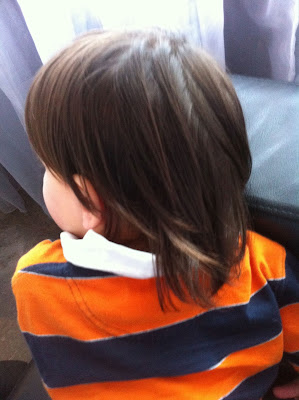 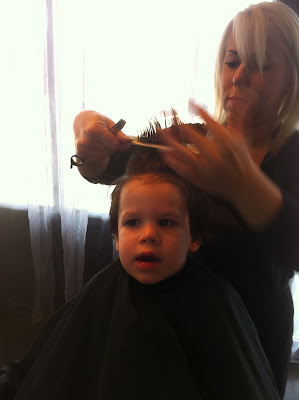 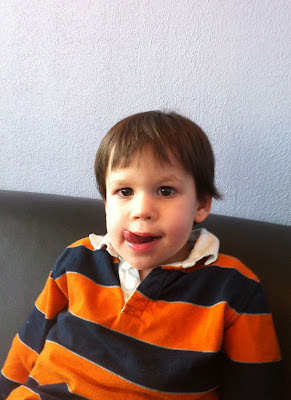 Crazy I know, but this was Joseph's first "official" haircut and the kid's turning 3 in May! Prior to this, our friend/hair dresser extraordinaire Liz (Triple Platinum for local folks) had trimmed the hair out of his eyes once while we were there to get Will's hair cut. I think that was back in September. So yeah, his hair was a wee bit long in the back. It was time to get a big boy look.

One reason we waited to get a hair cut is due to how much Joseph looks like his daddy. Their baby pictures are almost identical! Chris was diggin' the long hair on his youngest. Even though it's shorter, you can see that Joseph's hair still curls a bit over his left ear ... just like daddy's.

(And it's about time for me to be posting this ... Joseph got his shorter style at the beginning of February!)

Update 4/18/12: Apparently I blocked Joseph's first haircut from my memory. I found it while browsing the site for something else. Liz, though, she remembered; she kept saying she didn't think this was his first cut. Liz, you were right!