Happy Christmas to all!

At the last minute Santa could not make it to Joseph's school Christmas party. The kids didn't let it phase them ... they ate cookies and ran around drunk on sugar like always. After a few laps, I threw the boys in the van and headed down to the local Bass Pro. Built like a huge log cabin, Joseph declared it was the North Pole. Whatever kid, let's go see Santa and get our free picture. 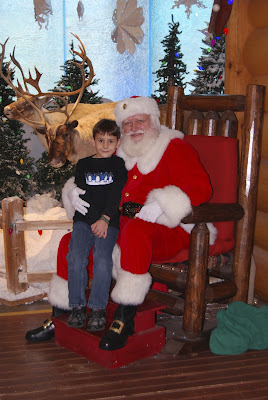 Here's Will with Santa. A very nice Santa who tried to get Joseph closer with a candy cane bribe. Joseph wanted nothing to do with Santa or getting his picture taken. After forcing Joseph last year and getting the classic money shot, I had promised not to do that to him ever again. Oh well. 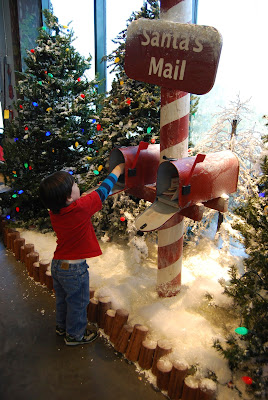 Joseph did however draw a picture of what he wanted and mailed it to Santa. He asked for some kind of bad shark thing that eats cars (what?!). Before we left, I demanded the kids pose for pictures hoping to get at least one decent shot for the Christmas New Years cards. 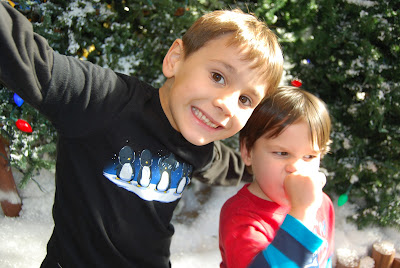 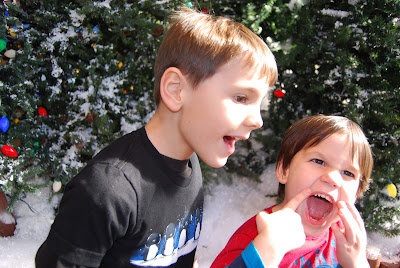 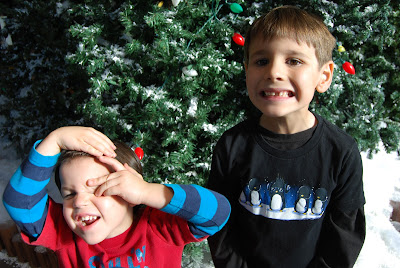 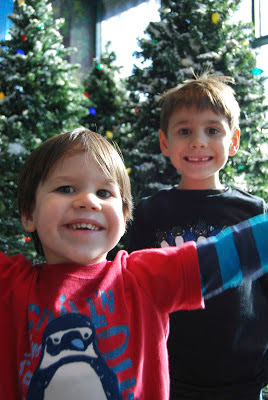 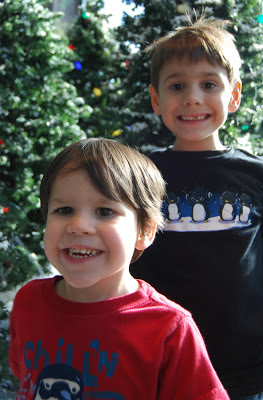 Wishing you the joy of the season and a happy new year!
Posted by Christina at 2:43 PM
Labels: Christmas, family